We love the positive and the negative

Negative Harmony is a harmonic tool which can be used for improvisation.

Ernst Levy was a Swiss musicologist, composer, pianist and conductor (1895-1981). The harmonic considerations he made (in his book 'A Theory in Harmony') are a part of the theoretical basis for this improvisational concept. Even though he did not use the term 'negative harmony', nor did he write his concept as a basis for improvising.
Steve Coleman has made a great and valuable contribution to the use of this concept in jazz since the 1980s.
A YouTube interview with Jacob Collier gave the concept a new input and generated great enthusiasm for this idea. For improvising this tool is interesting, because it helps creating new sounds.
[Keep in mind: this website just wants to give a brief overview of negative harmony. For more detailed information see the links at the end of this website]

What is negative harmony? How does it work?

The same procedure you can do with chords. The C-Major Triad is c e g or 1 3 5. Put this intervallic structure down the negative G-Major Scale and you get g eь c. It is a major triad generated from top to bottom. G is the "generator", a major third down is EЬ and a minor third down is C. So the new chord has the same intervallic structure as its original chord, but in inverted direction. [Our ear can't be trained to hear this chord as a major triad inverted. We will hear a C-Minor Triad. But we can think in this way]

Note: Working with negative harmonies leads us to use IVm6 chords instead of the classical dominants. This leads to the increased use of plagal chord connections and sounds.

In his viral Youtube Video, Jacob Collier is using an axis between Ь3 and 3 to mirror melodies and harmonies. This is the axis he talks about as 'converting perfect to plagal' and maintaining equivalent 'tonal gravity' between the original and mirror chords.
(Have also a look into Steve Coleman's Essay about 'symmetrical movement concept'. You find the link at the end of this site).
Using the Ь3/3 axis to mirror melodies and harmonies leads to the same results as using the negative MajorScale as outlined above.
E.g. in the key of C, the axis would be drawn between eь and e. If you mirror the note c you get g.

Look at the table for the related negative solution in the key of C:

For example: the first bars of "All the Things", AЬ, could be transformed like this: 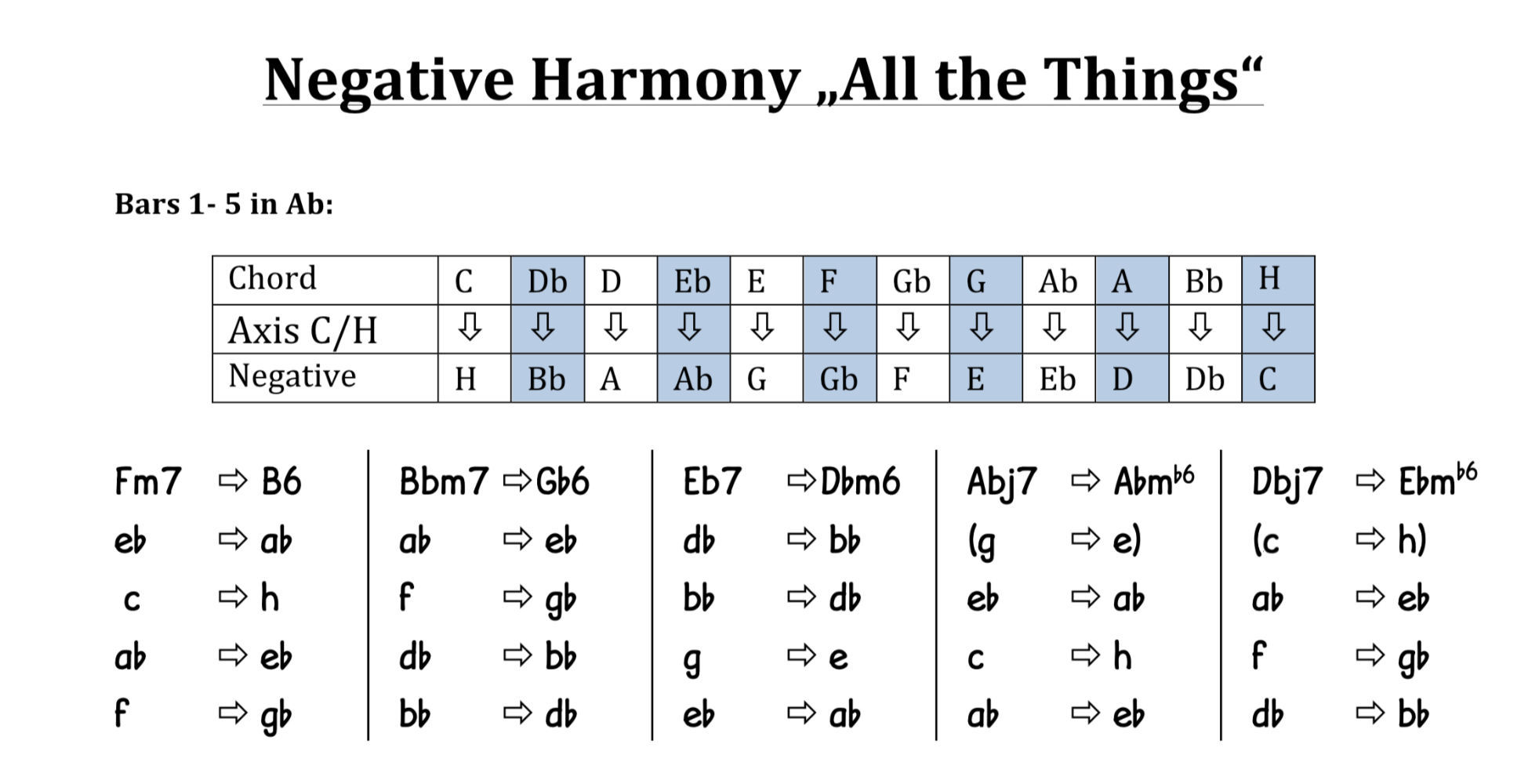 If you use the Levy-Method, you achieve the same goal: 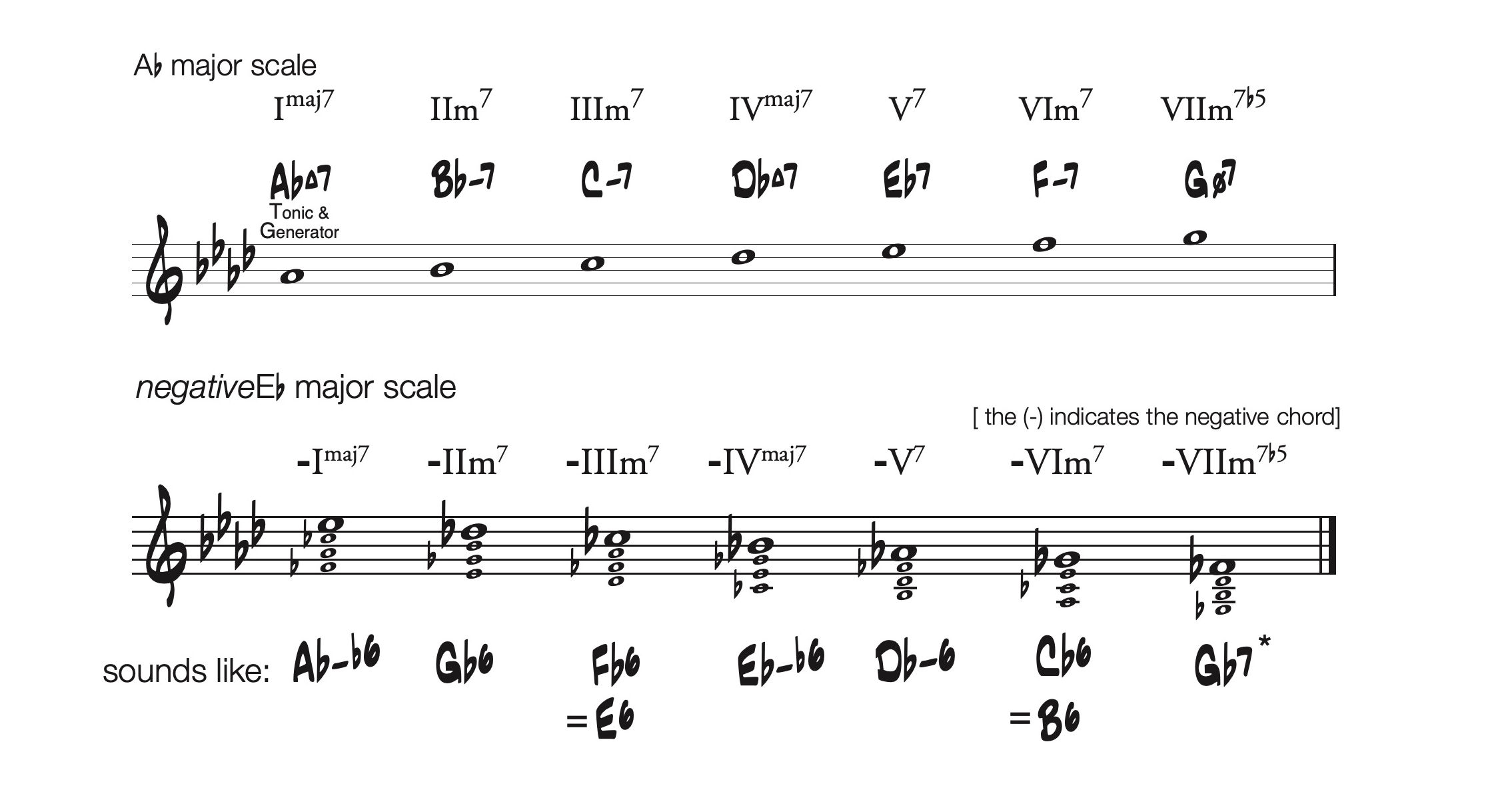 The first 8 bars of the composition "All the Things" will become this:

The discussion is also about replacing only the harmonic progression to its negative, but not the solution. In this case, our II-V-I in C - progression would sound like this:

Another way to create new sounds is to move the axis to a different position. But keep in mind: The most important thing:
Have fun to check out new sounds!